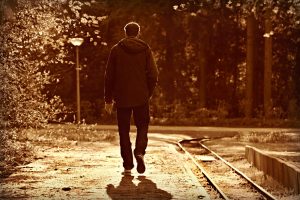 Starting With An Abstract Thought

I decided to write this blog on Father’s Day when I read some testimonials about prayer and focused on a statement made by Chuck Swindoll in his “A Gift For Dad” Sunday devotional that states the following passage:

“Dad is not perfect; he would be the first to admit it. Nor is he infallible, much to his own disappointment. Nor altogether fair . . . nor always right. But there’s one thing he is—always—he is your dad . . . the only one you’ll ever have. Take it from me, there’s only one thing he needs on Father’s Day. Plain and simple, he needs to hear you say, “Dad, I love you.”

In reading it, I wondered what it takes to be a good father. What does a man who sires children really want to be like and does he succeed. Does he really want children, or are they just something he puts up with as part of the deal when he marries a woman.

How many men can honestly say that children are an integral part of their life. Past the discipline or frustration, the hard part may be to make them an important aspect of your being and love them the way they want to be loved.

As a father, I have failed on many points. I treated my kids more like a nuisance than a vital part of my life. I suppose I got that from my father who told me he did not care to hang around small children. In family gatherings, he arranged for his grand kids to be cordoned off to some remote location and kept out of the way of the adults.

I am asking this question to other fathers out there. Are your kids important enough for you to give up a preferred activity to spend time with your offspring? Like a fishing or hunting trip with your buddies, or a vacation alone with your wife. How about that trip to the bar before you come home or even later at night?

If you are a single parent dad, does an occasional visit to your kids that live with your ex wife become a chore? I often see children alone with their father in a restaurant and I wonder how they feel. It’s kind of sad because the usual implications of that kind of scene is that one more broken home is on display for all to see.

I wrote an earlier blog titled “My Father:A Relationship In Revolt” whereby I described the horrid relationship with my father. I told myself I did not want to be like him, but I think it happened in spite of my resistive efforts.

I am fortunate that I was able to salvage my relationship with my son and two daughters in later years. They didn’t get much of me when they were young, but I bend over backwards now to help them any way that I can.

I often think about the scenario that would produce the ideal father. What would he be like and how would he treat those in his care. Would he be a loving man or be more concerned about projecting the image of staunch manhood at the expense of everything else.

Would he nurture his kids by involving himself in their lives or spit out little bits of attention as needed when they came calling. Would he discipline them in the proper manner or shell out a harsh dictum designed to scare them into submission?

Would he be an excellent example as a husband to their mother and help with the chores or plop himself down in his easy chair expecting to be waited on. Would he let his kids know that he loved their mother and be willing to show it on a constant basis?

Would he show emotion when something great happened or when a tragic event placed its shadow over his family or close loved ones?

No! He does not exist because every man has faults. Maybe a whole bunch of them. And a lot of dads are just nowhere near the ideal man to lead a household.

Can a man come close? Probably not, but he can try. He can start by treating mom like his best friend and pay attention to her when she least expects it. Do things for her without being prodded to do so? Show her love in front of the kids without the specter of manhood blocking his path?

He can listen to his kids and help them achieve their goals in life. He won’t shove his predetermined plans for their future down their throats. He will nurture them and become a vital part of whatever road they wish to go down. If it is the wrong road, he will do what he can to redirect their efforts, but not slam dunk them in the process.

If you are wondering where I stand with all this, I will tell you. I am not that man. I have spent most of my life as a domineering husband and father. I have wasted years apart from my kids I wish I could have back. And I am blaming no one but myself.

I have envied father’s who maintained a good relationship with their kids. Who spent time with them as well as their grandchildren and loved doing so. It’s a gift few fathers have.

I have found men, as a rule, to be hard. Most of the ones I have talked to had a difficult relationship with their own fathers, and have tried to be better than that. But it takes work and a sincere desire to be someone special. Someone a wife looks forward to be with or kids want to talk to without repercussions.

I am working on it, but I have had to reinvent myself. Yesterday, the day before Father’s Day, my wife and I were spending the afternoon with friends when my wife tripped and fell on some concrete steps and broke her shoulder.

Suddenly, I was thrown into the role of caregiver. I took her to the emergency ward on Father’s Day and we spent the afternoon together with no celebratory dinner or gifts or anything that was planned. And you know what? I was okay with it all.

I had a chance to show that my concern for her was far more important than anything else. And I did a good job of it. While at the hospital, I downloaded a diagram that showed what her injury looked like in an X-ray and sent it with a description of the event to our kids via a text message. I thought of everyone else but myself.

As I said in an previous paragraph, I am nowhere near the perfect dad. But at least I can take steps in the right direction. I will learn to not complain or shut up when irritated. And most of all, I will pay more attention to my wife and kids, even though they are adults with families of their own. It will be a lot of work, but I have found that it is kind of fun doing what my family least expects of me and basking in the afterglow.