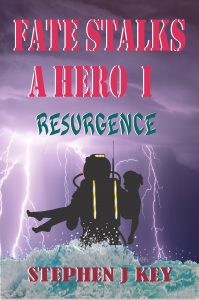 Imagine someone you know who is always in a bad mood and simply hates the world he lives in. A man who treats everyone around him like inferior human beings who simply stand in the way of his ultimate goal of getting anything he wants at someone else’s expense. Just a subversive character who makes sure he does unto others before they do unto him.

You might wonder what made that creep turn into the horrifying creature that he eventually became. Or maybe think that he was simply born with an evil mindset and just nurtured it as he grew in stature without a commensurate maturing process to compliment that growth.

What would baffle you even more is the fact that he was a highly respected member of an elite division of the United States Armed Forces before his evil self manifested itself. Now situated as an authoritative leader in a small town, he plies his nefarious schemes on nervous citizens of the local community without giving his devious machinations much of a thought.

From Murderous Ambitions To Saving The Enemy’s Life

By taking this individual’s diabolical ambitions a step further, you find out that he is so infuriated by his main adversary’s own agenda that he plots the permanent elimination of that individual altogether. On top of that, he lets the entire local populace know of said intent before it actually happens. That astounding revelation  isn’t helped any by the shouting and threatening gestures that accompany the pronouncement.

After all that, you find out later that his mild mannered wife is so upset by his declaration that it affects her mental state of mind so much that she transforms herself into an antagonistic force to be reckoned with. A force that goes after him with such an emotional upheaval that it can be likened to that of a wrathful woman scorned.

Just when you think all is lost, he somehow is inspired into righting his wrongful mantra and is forced into saving his declared adversary’s life during a horrific storm that overpowers the town one event filled night. While risking his own life in doing so, he almost succumbs to the grim reaper himself. Seems implausible for someone like him, but it happens, nevertheless.

What if that wasn’t enough and he finds even more trouble when he recovers? Like if the adversary he saves has joined with a subversive cohort who feigns intentions of initiating a plot which will ruin his name in the public arena, but has the whole scheme go awry when it is discovered the partner in crime really intends to wipe our hero off the face of the earth.

Can he survive this onslaught if he has help? Like in the form of a comrade who served with him in the military and has stuck with him through thick and thin? Someone who has devised iconic survival gear, creative tracking devices, and state of the art night vision weaponry?

How can all this be happening to a man who gave up those types of engagements when he retired from the Special Forces Program that he once belonged to? Is this a new series of non military adventures that are forcing him into action once again? Is this whole scenario some sort of Deja vu adventure being thrust at him all over again?

Fate Stalks This Hero Once Again

All of this encapsulated series of events is laid out in My first novel, FATE STALKS A HERO I: RESURGENCE. It is the story of a former hero who becomes a victim of circumstances that set him on the precipice of pending doom when all of a sudden fate steps in to pull him back from the edge of destruction. A tortuous journey that is aided by his family and the few friends he has left.

Attractive women help fill the void when his male cohorts discover their own weaknesses trying to help him figure it all out. Women who throw a romantic twist into the scheme of things and have their own issues to dal with. Sort of like convoluted love stories that play out in the end. And just when you think the story is coming to a climax, a surprising twist rears its head at the very end, and the saga continues on into a new adventure half way around the world. 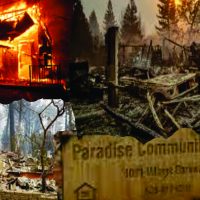 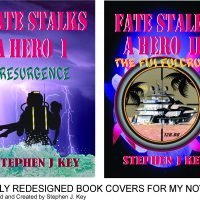