HOLLYWOOD ACTORS IN THE HOUSE 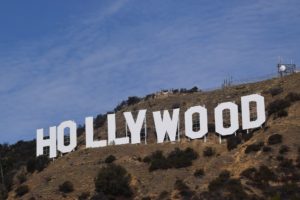 My Father The Actor

My Dad aspired to be an actor ever since his high school days in New Orleans. He finally realized his dream by moving the family to California in the 1950’s. With his good looks and over-the-top physical appearance, he actually did make it to the Hollywood scene.

One of his first movies was made in Hawaii portraying a Communist sympathizer in the flick “Big Jim McLain” starring John Wayne. The early VHS and DVR covers showed a picture of him fighting Wayne and others in a big brawl at the end of the movie. 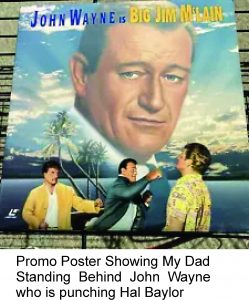 He was christened Oliver Joseph Key at birth. It was the moniker everyone knew him by during his glory days as a football star at Jesuit High. But it was not a name that he wanted to continue using. So he changed it to Robert Keys. That became his stage name in Tinsel Town and the one he preferred to use from then on.

He did quite a number of bit parts that qualified him to have access to studio movie sets and actual shootings in progress. One that I remember attending with him was a filming episode of Vince Edwards doing a scene in the series of (Dr.) Ben Casey.

I was excited to be there as a kid maybe 12 years of age. But I quickly learned the downside of being an actor. The director required some 15 to 20 retakes of that particular shoot before calling it a “wrap”. That meant he was satisfied with the final take of the scene and ordered it to be the one used in the episode. I was glad when that particular ordeal ended.

Another time we went to a movie ranch where western epics were filmed. That time I didn’t much care about watching the film being made as much as I did the fare being served on the “Chuck Wagon“. At lunch time, that was how the actors and filming crew were fed. We participated in the ” grub” and it was some of the best food I ever ate. To me, that was a definite upside.

Parties In Our Home

Of course my father made a number actors his friends while in the business. He would invite them over for parties in our home. Some of them were somewhat famous, at least at that moment in time.

One of them was Buddy Ebson. He was one of the stars in the series “The Beverly Hillbillies”. Two other visitors were the stars of the series “Annie Oakley”. Dub Taylor also frequented the house. He was the Old Man heckler in the western barroom scene in “Back To The Future III”.

Others included Vince Edwards, Hal Baylor, and Nancy Gates (She starred in several films, most notably in two Frank Sinatra films, Some Came Running and Suddenly.). A few of the actors were kind of full of themselves, but most were friendly and easy to get along with. 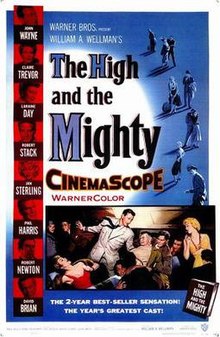 Image courtesy of Wikipedia, the free encyclopedia_The High and the Mighty

One movie that won several academy awards was “The High And The Mighty”. It starred John Wayne and Robert Stack. My dad was the pilot (as Lt. Mowbray, USCG [ASR Pilot, Alameda]) in the rescue plane that was summoned when one of the passenger aircraft engines blew and caught fire over the Pacific Ocean.

Another one that was memorable for me was “The Bounty Hunter” starring Randolph Scott. My father was one of 3 outlaws being tailed by Scott for a bank robbery. His end culminated with the reception of a bullet in the middle of his forehead by the sheriff while being interrogated by Scott. Gruesome!

A favorite one of mine, “Operation Petticoat”, was the fantasy story about a World War II submarine full of misfits and stranded women officers. It starred Tony Curtis and Cary Grant! Neglected maintenance caused a last minute paint supply to be used to create a Pink Color to the hull. My dad was the MP that had to run down Curtis after he stole a pig from a local farmer. The animal was to be used for a luau held on board the sub. Operation Pig Boat? 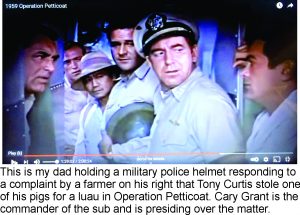 I best remember dad taking me several times to a famous Hollywood restaurant called the Brown Derby. It was where many movie executives and actors hung out and many of them were known to him. It was just another part of my meeting icons of the Silver Screen. To add to it all, some of the best burgers you ever ate were served there.

The original Brown Derby was the name of a restaurant chain in Los Angeles, California. The first and most famous of these was shaped like a man’s derby hat, an iconic image that became synonymous with the Golden Age of Hollywood.

As time went on, Hollywood life for him began to fade. I don’t know when he made his last movie. After 45 parts or so in various flicks, he called it quits. I never desired to follow in his footsteps. The same was true for my brother or sisters. It was, and still is, a very difficult business to become successful in, to say the least.

He had a few opportunities to achieve fame, but they were fleeting. Being more of a “character actor” was his lot in life. He looked the part, but more established actors bumped him from starring roles.

His acting career made him that much more of a celebrity to many of the locals in his home town of New Orleans. Adding Hollywood to his resume, his image was enhanced to those who remembered him well.

All I can say is that moments with him around other actors and movie sets was an indelible part of my life. I have the distinction of seeing him in  reruns on TV  now and then when his movies are on cue. I then get a chance to relive days gone by.