CAN EVIL PEOPLE BE SAVED_PART I: FIRST THOUGHTS 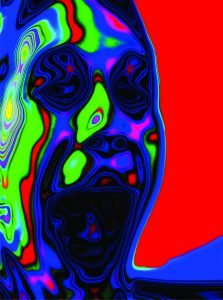 Image by Gerd Altmann from Pixabay

My Thoughts On Judas Iscariot

When Jesus Christ chose his apostles, the one he knew would later betray him was already possessed of the devil. Judas Iscariot was a lover of money above all else and this was his evil undoing. Even though he followed the Savior’s teachings for three years, his heart was bent on selfish ambitions.

I have often asked Christian leaders that I associated with an ominous question. In spite of all biblical evidence to the contrary, was there any possibility at all that the most famous evil man in the Bible could have repented at the last moment and been saved from eternal damnation. The answer has always been an unequivocal “No”!

To my chagrin, I often had my doubts that his fate was sealed in stone. I would like to believe that the most diabolical creature on the face of the earth can somehow repent (in his heart and not with lip service only) and receive the saving grace that only the Second Person in the Holy Trinity can give. But Biblical evidence shoots me down.

What Is True Evil

I had to research the true meaning of evil to get a better feel for the concept. When I posed the question to both theological and philosophical sources of interpretation, the endless dialogue bored me to tears.

After drying my eyes, I looked up the word in the Merriam Webster dictionary and came away with an acceptable definition, at least for a start anyways: Morally Reprehensible!

Since I like simple, straightforward answers that don’t get buried in idealistic mumbo jumbo, I went for another definition and found one that stated: “It is not so much the evil that lurks within the depths of someone’s soul, but the refusal to acknowledge the sinfulness of the actions that follow”. Another passage I found in Christianity Today was: “Evil, ……is not primarily indicated simply by sinful acts. Rather, it is the refusal to tolerate one’s sense of sinfulness: ‘The central defect of evil is not the sin but the refusal to acknowledge it.’ This definition is reflective of Jesus’ far greater severity in dealing with religious leaders than with prostitutes and tax collectors.”

I can’t even begin a dissertation on someone like Hitler. His diaries blame the Jews up until the very end with no signs of repentance in his stone cold heart. In my mind, he was the true definition of evil, what ever that may be, since there does not appear to be a consensus of opinion.

Nor can I consider someone like Genghis Khan whose hordes of bestial marauders raped so many Chinese women that many of them committed suicide while tormented by the pangs of humiliation and disgrace. The very concept of repentance would be the furthest thing from any tribe members minds. They probably dropped in mass into the pits of hell like warm dung out of a cows rear end.

A modern day example would be Charles Manson and his heinous band of followers. Even if he feigned some type of moral resurgence in the confined walls of a prison, I don’t believe he could ever reach the reactive status of possessing a truly repentant heart. A fiery aftermath will doom his life in the hereafter.

So what type of person can overcome his evil life style and make the grade. What are the limits of evil that allows room for the perpetrator to wiggle out of his self destructive ways. I’ve often wondered about that question myself as I peruse the demise of Judas himself.

In studying the ramifications of that premise, let me make one thing clear. There is nothing any single individual on planet earth can do to Earn salvation. It is a gift from God the father bestowed by the Son who died on the cross for all mankind. If a person truly believes on Him and gives his or her mind and heart to Him in exchange for the grace He gives in return, that person will be saved from eternal damnation and the fiery depths of hell.

If you don’t believe that truth, consider this. A true Christian wins both ways. If there is no God (courtesy of the atheist’s mantra), then he or she simply ceases to exist. On the other hand, the reward is a trip to heaven. The evil person, atheist, blatant heathen, and pseudo Christian only wins the game with the Godless scenario, a 50/50 proposition. All other religions are man made and will not alter that concept.

With that said, the blatant evil-mongerer sits at the bottom of the totem pole. Even below the status of an atheist, because many of those non-believers have changed direction and accepted Christ as their savior. The demagogue’s minds are so bent on moral depravity, diabolical machinations, and selfish disregard for the rights of others, they are doomed and have shunned all hope of reversing that trend.

That is My Verdict!

15. “They show that the requirements of the law are written on their hearts, their consciences also bearing witness, and their thoughts sometimes accusing them and at other times even defending them. 16. This will take place on the day when God judges people’s secrets through Jesus Christ,as my gospel declares”  (Romans 2, 15-16).

1. “The Spirit clearly says that in later times some will abandon the faith and follow deceiving spirits and things taught by demons. 2. Such teachings come through hypocritical liars, whose consciences have been seared as with a hot iron.” (1Timothy 4:1-2)

20.“If they have escaped the corruption of the world by knowing our Lord and Savior Jesus Christ and are again entangled in it and are overcome, they are worse off at the end than they were at the beginning. 21. It would have been better for them not to have known the way of righteousness, than to have known it and then to turn their backs on the sacred command that was passed on to them. 22. Of them the proverbs are true, a dog returns to its vomit, again; and a sow that is washed returns to her wallowing in the mud.” (2 Peter 2: 20-22)

8. “Just as Jannes and Jambres opposed Moses, so also these teachers oppose the truth. They are men of depraved minds, who, as far as the faith is concerned, are rejected.  9. But they will not get very far because, as in the case of those men, their folly will be clear to everyone.” (2 Timothy 3:8-9)