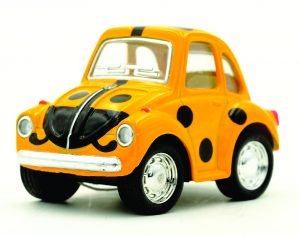 When I was 16 years old, I had just recovered from a horrific car accident in Mississippi (Mississippi Death Road) that came close to ending my life. Santa Monica, California was our next residential pit stop and you don’t get around there without some type of transportation for yourself. The crux of the matter was, my parents were not excited about me owning my own vehicle as a result of that accident.

The local high school would not be a candidate for my senior year unless I finagled some type of creative transport scenario for my daily trip there and back. That endeavor was formulated with the help of my art teacher who lived in the same apartment complex and gave me a ride each day. But the fact that I had no wheels made me envy other students who had cars like ’57 Chevys, hot rods, and other iconic vehicles being driven in the ’60s.

So, after working them over and saving up money doing maintenance chores and painting apartments, I eventually convinced my parents that I was capable of owning and paying for my very own ride. My dad had an acquaintance who owned a used car dealership in the San Fernando Valley (Just North Of Los Angeles) and convinced me that was the best bet for my first car. With reluctance, he piled me, my brother, and two sisters into the family station wagon and hauled us off for a lark I would never forget.

When we arrived, the gentleman met us on the lot and asked me what I could afford. His best deal, for me anyways, was a 1963 Volkswagen Beetle with a sliding sunroof. I told him I was interested and the first thing he asked me was: “Can You Drive A Stickshift?”

I remember what I told him: “Of course I Can!” So while the salesman stood by, my dad sat in the front passenger seat, while my brother and two sisters stood up through the open sunroof in the back. This was the big moment and I expected everyone to stand tall and witness my moment of glory.

I started the engine, stepped on the gas, and felt the stupid car jerk, buck, and wheeze forward before the engaged clutch halted our progress and killed the engine. Undismayed, I did it again and got the same result. Being the determined soul that I am, and not easily deterred from achieving success, I sucked it up and changed my approach.

So, on the next try, I started the engine and revved it way up before letting out the clutch. This time, we shot forward onto a busy boulevard, bucking and wheezing our way into traffic while the sales man spewed out that iconic cliche: “You Lied To Me!”

After that initial drive into infamy, we somehow made it back and I wound up buying that balky automobile. I knew my dad brought all of us in his car, so looking back, I’m not exactly sure how we got the VW home. If I was the one that drove it all the way back, I think a miracle or two played a role in that epic adventure.

During another moment in time, another resident in our complex needed an operation at the local hospital and asked me if I could drive his car back home after dropping him off. When I questioned his choice of cohorts, he stated that no one else was available. Since he had a big Ford Galaxy Sedan, I didn’t think there would be any issues. No problem, I said.

Upon arrival, he got out and I moved in behind the wheel. Since I hadn’t paid much attention while he drove the blasted thing, I was horrified when I discovered it was another stinking StickShiftMobile. When I blurted out the statement ‘This Has A Clutch And A Manual Shift Lever?’, I think he got nervous and suspected that his car might be living on borrowed time. So, I reassured him of my prowess and and drove off.

Once again, I endured the pain of beady eyes cursing the day I was born when I pulled away. I did get the beast going though with some deft manipulations. While looking in the rear view mirror, I caught the worrisome expression on his face as I disappeared out of sight. Phew!

What’s The Trick To This?

Later on, I decided that I’d had enough of theses shenanigans and took action. Pulling the owner’s manual out of the VW glove box, I opened the section that referenced the correct procedure for driving the vehicle. Voila! I discovered a page with pictures that showed me how. It said I must let the clutch out slowly while gradually pushing on the gas pedal. Really, that’s all it said!

So I tried it for myself, and it worked. I then practiced driving the car and actually became quite good at it. Little did I know, sometime in the distant future, I would put my kids through the paces and teach them the same procedure.

When my son, Eric, bought my wife’s Honda Prelude from us, the obvious drawback was that he didn’t know what the procedure for a stick shift was either. When the day came for initiating his leaning curve, he finally got the hang of it and had himself his first car and one that would move forward at his command. But my story doesn’t end there.

When it came time for my youngest daughter, Stephanie, she was in command of my ’88 Plymouth Turismo. I knew for a fact that she had no real desire for a manual transmission training session, but that was her only choice at the time. So, she finally gave me the go ahead and we set out.

We started out in a school parking lot on a weekend but got chased off by a security guard who stated that we were not allowed there. So I made an awful decision and attempted the same maneuver in a strip mall amongst parked cars. It almost cost me big time.

She had trouble dealing with the process of concentrating on what was ahead, handling the steering wheel, and negotiating the clutch-gas pedal manipulation antics all at once. When she got frustrated with my intimidating teaching skills, she lost track of where she was situated and we wound up heading straight for a storefront. Instead of hitting the brakes, she stomped on the accelerator. Fearing a disastrous outcome, I pulled hard on the center parking brake and kept us from crashing into the plate glass window.

I don’t drive stick shifts anymore. All my vehicles have automatic transmissions. But I took a chance, some years ago, and squeezed myself into the cockpit of an olde British MG sports car owned by a friend of mine. It was a very tight fit for my 6’4″ frame, but I went ahead and wrestled my legs into position for the arduous task of manipulating the gas pedal and clutch.

The car was old and sat in storage for quite a bit of down time. After he and his brother got it running ok, he gave me the chance to drive around the block. It was a little crude, but drove okay. The pedal action balked slightly when engaged, but the overall feel was acceptable. It sort of reminded me of the days when I owned my ’56 Porsche and the the fun I had with it until it met an untimely demise as described in another blog entitled  “Flying Off Deadman’s Curve And Other Hijinks“.