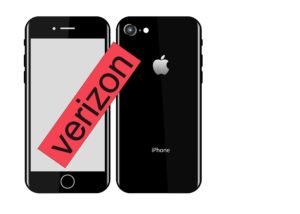 In a previous email I expounded the virtues of wrestling with utility providers in my area. One of those providers was Verizon. I already had them for my cell phone service in the big city environment of Ft. Lauderdale. I originally chose them because their coverage in 2016 for the Panhandle area of Florida was excellent. For other carriers like our predecessor Sprint, it was far from ideal.

I wound up getting 2 iPhones through Verizon and gradually paid them off on a monthly basis. I had a bill of $178 for the duration of that financing agreement. Having completed the arrangement, it dropped the monthly expense dramatically. Further negotiations with them afterwards reduced the cost to around $86.00 a month.

When Hurricane Michael hit in October of 2018, there obviously was extensive damage to Verizon’s cellphone transmission towers. In order to keep from losing scads of customers to competitors, they offered 3 months of free service to the ones who resided in a number of Counties in North Florida that were directly affected by the storm.

Living in Walton County, Florida, I wanted to find out if my zip code was included. So I started a Verizon Chat Session to inquire and the rep told me my area was included in the deal. When a confirmation email did not arrive, I did another Chat Session with a different customer representative about a week later. That representative again confirmed that my zip code qualified for the free service.

When I got a full bill for the first month of qualifying, I tried to initiate another Chat session as well as a phone call the day after Thanksgiving. Instead of getting through, I was repeatedly informed by an online message that all reps were too busy and that I should try again later.

After finally reached someone 3 days later, I was now informed that Verizon had cancelled my zip code for the qualifying free service being offered. In other words, they reneged on the deal I made with 2 previous reps.

The next customer reps tried to appease me with some minor discounts, and although I accepted one, I refused the others. I was now a disappointed faithful customer who had always been prompt with my payments and now the company showed its appreciation by trying to screwing (kind of like what happened to me with Sprint).

Evaluation Of My Awkward Circumstances

I am not one to rebel and avenge my misfortunes created by others. I do, however, respect the making of agreements in business as well as in personal life. My choice is to let miscreants know that if the matter is not rectified, I will refuse to do business with them in the future.

So, I went ahead and notified Verizon through their representatives that I will plan to discontinue service with them. The reps let me know that they are not in a position to resolve this type of conflict. Their jobs were on the line if they tried to circumvent directives from management.

Not trusting Verizon in the first place, I made copies of all the chat sessions and posted the copies on my Word Document program on my computer. This way I could organize the data later. I asked for the names of each rep that I dealt with since they either could not, or would not, give me their individual identifying numbers for reference.

Twelve days before the deadline on my billing due date, I sent a cover letter with 12 pages of copies of the chat sessions to the Verizon Correspondence team. I did this because they do not show an email address for alternate correspondence. Apparently Verizon does not like written proof of anything that construes legal documentation.

In that cover letter, I made the definitive request for them to honor the previous agreements made as indicated by the saved chat line information provided by the two reps. If not, I would be forced to look for another provider. No great loss for them, but it costs money for a provider to get and keep each customer. On top of that, I noted that I was a good customer and paid my bill promptly on time each month.

Not Letting The Grass Grow Under My Butt

I am not one to sit around hoping for a positive reply. While waiting for one, or going after them directly for a response, I updated my research on local carriers. As such, I was looking for answers to the following questions I have for said competitors:

As for online reviews, I normally do not put a lot of credence in them because they are usually done by disgruntled customers. If there are several that echo similar complaints, I pay attention. Instead, I let opinions that focus on competitor’s retail outlets become a starting point. I feel that if the experience is bad there, what does that black mark tell you about the overall quality of the actual phone service itself?

So, What Are The Choices

My fact finding efforts pointed towards the following primary choices for my area:

Verizon has had excellent coverage and good cellular data provisions for most apps and internet providers. Their website is user-friendly and bill paying is easily done online. However, you have to be very careful with background apps running on your mobile device. Since they are the largest provider, you can find them very inflexible in your dealings with them. Cost runs me $70 a month for 2 phones with 2GB of “carryover” data. My Total Mobile insurance plan costs $26 a month for 2 phones, but I’m still not sure of its value or why I still have it. It’s another issue for consideration.

AT&T seems to have a competitive program. Their Mobile Share Plus 3GB Data plan with unlimited talk and text will cost me $60 per month for 2 lines. This includes rollover data to the next month. I don’t know what their add-on charges are or if there is an upfront fee to make your existing phone compatible with their service.

T-Mobile is similar in pricing and is neck in neck with AT&T. They claim to offer flat fees with no surprise up charges or add-on taxes and such. A senior citizen discount is offered, but the price is no better than the one I am now paying with Verizon.

The runner-up tailing the first 3 in the review charts is Sprint. They were our carrier before switching to Verizon. One of the main reasons I switched was because I would have been switched onto roaming mode in many areas of the Panhandle of Florida. However, their current coverage has improved remarkably.

So What Was My Ultimate Decision?

Well, with my credit not being very good at the time, I didn’t want to put up a deposit. That would defeat my purpose. I also knew if I called reps from the competing companies, they would do everything they could to sign me up to their respective programs.

I have had excellent service with Verizon. This is especially true in the area of Cellular Data capability. Their cell towers make it easy to access the internet from almost anywhere. I don’t have to pony up to local WiFi service in a restaurant or coffee shop because of that fact.

Also, I don’t have local reviews of the service performance from the other 3 which, I realized, could easily be either excellent or mediocre. It’s hard to find an unbiased answer in my area.

So, I finally decided to try one more chat session with Verizon. It really was a follow-up to my letter sent to their correspondence team. A week and a half had passed with no reply.

When I started the chat fest off by making a reference to the letter and documentation I had sent, I got back anticipated apologies and small talk. Then I told the rep I really didn’t want to find another provider and was willing to stay on the chatline until a supervisor could get involved and make a decision on my behalf.

Finally, after my chat rep presented my case to a supervisor, a decision was reached. 3 months of service billings would be waived and I would only have to pay for the protective insurance covering each phone against damage, theft, or malfunction. The billing was manually reprogrammed and I paid my bill via the phone system not wanting to wait for the revised amount to show up on their website.

It is an ongoing battle to live within a budget, and this issue being resolved is one more step in the fight. I just wish now I paid more attention to cost savings when I was actively engaged as a contractor before retirement. Keeping to a budget and doing better job costing on my projects would have turned any jobs facing a loss into a profitable outcome, I’m sure. Live and Learn, as the saying goes!