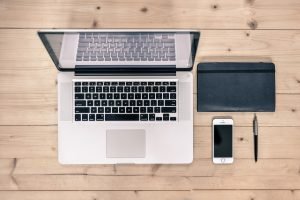 My Electronic Cyber Pals Through The Looking Glass

I have finally come to the point that I am virtually dependent on my Laptop, Cell Phone, and Tablet Style devices to connect with people, or even other computer systems for that matter, and my dilemma is only getting worse. If I forget to take my cell phone with me when I leave the house, I just turn around and go back and get it as soon as I discover what I had done. Since it is the only way I can reach the outside world with my actual voice (sans face to face contact), I feel like I am in no man’s land when I don’t have it with me. Kind of sad when you think about it.

Looking back in time, I remember the horrible ordeal of trying to find a pay phone which required the added task of coming up with enough change to put into the slots for a lousy 3 minutes of talk time before more money was needed. If you had a beeper to signal your need to call someone, you only did so if it was extremely important to contact them immediately.

In a previous blog article I wrote about how I signed up for the first mobile phone by Oki Data in Los Angeles a full 3 months before the inaugural cell phone network went “live” there. I didn’t want to wait in line for the extended period of months that might be needed to get mine, so I jumped the gun. It looked like a real house phone back then and cost me $6,000. The biggest problem with that setup was the fact that it was firmly attached to my truck with a big, heavy, transmitter box behind the seat. Whew!

My first handheld unit was a Nokia flip phone that went belly up when rain drops touched it. Bluetooth compatible devices followed with mixed results. In due time, a much appreciated smartphone acquisition changed everything.

When I was able to make the transition from run-of-the-mill cell phones to my first iPhone, I realized that I now had a mobile device in my hands that worked just like a computer. It was no longer a device locked into the basic function of just making phone calls, but a total mobile communication platform. When I took my first photo and video with it, my JVC Camcorder and Pocket Camera became obsolete. (I still have them 15 years later for nostalgic purposes only I suppose).

As I progressed through my learning curve, I found I could do the following procedures with little to no effort on my part:

In time, I found out that the computerized capabilities of the device in my hand exceeded the digital data output the astronauts had in their command module and lunar lander heading towards the moon. It didn’t seem like that was possible, but it is what I was told.

When I broke away from the land based PC computer platform and purchased my first laptop computer (HP) in 2005, I was entrenched in New Orleans after Hurricane Katrina with my involvement in reconstruction and building new homes. I bought a Chevrolet hybrid pickup which had the built-in capability of a mobile office setup since it came with satellite transponder and 20 amp house current outlets that let me operate a printer and other devices on the fly.

Since my phone at the time was a Nokia Unit connected via the Nextel network provider system, I was able to talk to other people in the city via the direct-connect 2 way walkie-talkie feature built into the phone, as long as they had the same feature on theirs. It was the only viable method of communication in the city since the cell towers had all been severely damaged.

However, when things settled down, it wasn’t long before my wife and I transitioned to phones that no longer had that feature. When the cell networks came back online, we opted for better phones with superior technical capabilities and kept trading up. In 2011, we got our first iPhones and were hooked on all the amazing features provided therein.

Not long after that I opted for my first Tablet Style device (LG) and was blown away by all the capabilities I could do with it. Even though we loved them, we got into such a fight with Sprint over the false promotion offers by them (offered free to us for being long term loyal customers), that we gave them back.

Since the LG Tablets were not fully compatible with the iPhones, we opted for iPads instead. It was a gimmicky purchase decision at first since I preferred to use my laptop to do critical search functions on the internet and create or type documents with. But times have changed.

Now I use the iPad 80% of the time to do the following:

As you can guess by this blog, I am addicted to my electronic devices. It’s as if I don’t even know how to write something by hand anymore, look in a phone book for a number or local merchant, operate a regular camera or video cam, squint my way through a paperback novel, or pick up the receiver on a standard house phone when someone calls.

I wonder what I would do if I were marooned on a remote deserted island somewhere and had no access to these devices. Supposedly, I could knock down some coconuts or spear fish in the lagoon. Maybe I could get a deep suntan on the beach or lots of exercise swimming in the ocean. Or just construct a nice bamboo house for shelter and a soft bed out of banana leaves.

Sounds like I could trade my partially sedentary life style for a more healthy one. I would be forced to adapt to my immediate environment just to survive. Hmm…!