SURVIVING HURRICANES IN A COUNTRY HOUSE 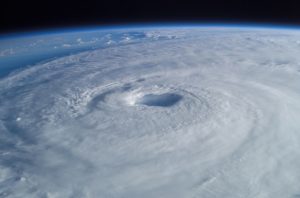 Michael was the first hurricane that seriously impacted our country house. Since we were newbies to that lifestyle in the Panhandle of Florida, we had to look at storms like that differently than the way we did in the city. This way of living takes on a whole new meaning when you deal with disastrous weather events.

The aforementioned storm was the third one to hit Northwest Florida since our arrival in September of 2016. Irma in 2017 did heavy damage to the central part of the state, but only caused heavy rains and an abbreviated period high winds in our immediate area. Some flooding occurred in various areas, but no damaged homes or downed trees to speak of.

A week after Hurricane Michael, we had to make a delivery to some people in the western most area of Panama City Beach. As we approached the area heading east on the coastal highway, we saw the the damage that occurred on the outer edges of the storm. Trees snapped in half, roofs off of commercial buildings, and retail outlets closed everywhere.

After our delivery, we noticed that traffic was jammed up on the highway heading west. Since I wanted to see more of the destruction that that was prevalent further in, we headed east hoping to find an alternate route back to the Interstate I-10 corridor when done. So off we went knowing that maneuver was somewhat risky because any or all entrance points into the city proper could have been shut down at any moment, especially since darkness was setting in.

As we travelled on the newly finished bridge that goes over the bay, we realized few cars were moving in our direction. When we approached the intersection where you turn in to head towards the main business district, we were spotted traffic cones everywhere diverting traffic towards other routes. For good measure, police officers were directing traffic because traffic lights were inoperable.

So, we had to continue our journey further east and search for another route that would take us north. Finally, after several miles of plodding along, we found an open route at a major intersection that allowed us to turn and circumvent the perimeter of Panama City, a different entity than Panama City Beach. Traffic was starting to build, but still moving forward at a steady pace.

As we entered the outlying town of Lynn Haven to the north, we saw a considerable amount of damage. Many buildings were completely destroyed. We passed the clinic where I had my cataract surgery done and saw that it was covered with debris and collapsed overhead structures. As far as available lighting was concerned, it seemed like power was out out everywhere except in those establishments that had generators.

The one significant thing I did notice was that almost all of the newer buildings were still standing and remained virtually intact with little damage to their roofs. In contrast, the nearby town of Mexico Beach had a completely different story play out whereby 70 to 80% of the structures there were completely wiped out. Some newer homes constructed to recent building code specifications were still standing, but they were few and far between. What a difference well built structures make.

There were many cries for stronger building codes in the aftermath that followed, but the people issuing them simply didn’t understand the current state of affairs then and probably still don’t now. The demolished homes were older ones with little or no capacity to withstand severe windstorms or surging waves barreling in from the Gulf. The current Florida Building Codes were adequate to protect a home built according to the parameters of updated specifications. They may get damage from a storm, but the home will still be there after it passes. That is why the newer homes were still standing.

My Procedures For Hurricane Preparedness

We once lived in Pensacola on the Bay. It was in a 3 unit, side-by-side townhouse complex, 3 stories high. Years after we left, Hurricane Ivan took out one of the units and now there are only 2. We also owned a place on nearby Perdido Key. The same storm demolished the whole set of buildings and they were replaced by an unappealing high-rise structure full of condominiums. So much for the concept of owning a home near the water’s edge.

Anybody who lives in Florida knows they are subject to the ravages of these catastrophic events anywhere they live in the State. It is the demon they face when making the choice to live here. It is a giant peninsula that is surrounded by warm waters that feed those raging monsters. And they are a threat Every_Single_Year.

So what can someone like you do to prepare for these events ahead of their arrival. I, for one, have the following advice if you live in a rural area and are planning to ride the storm out in your house:

You could also figure out a way to run your water well pump when the power goes out, but it is a tricky process that needs careful thought before doing so. Most systems are powered with 220 volts and that characteristic requires careful consideration if you plan to use a generator for keeping it powered up. You could rig up a specially adapted extension cord to handle the load if your generator is set up for that type of output. However, if you don’t understand the specific requirements involved, leave that chore it to a professional electrician who fully understands the workings of whole house generators. Your local fire department and water pump service technician will appreciate your consideration.

This article contains information I have gleaned after living through 9 hurricanes. I have watched sliding patio doors bulge inward from powerful winds blasting them. I have witnessed the heartbreaking sight of my long backyard fence falling to the ground through 3 different storms. Storm generated floodwaters have crept up to within feet of my front door porch. Trees have fallen and crushed nearby houses or wiped out power lines. A next door neighbor’s patio roof blew over the top of his house and landed halfway in my front yard.

However, I have never had to suffer the loss of a house or vehicle like so many other victims have experienced. I praise the Lord for protecting me and my family through all the events that we have encountered. Still, I have learned a lot about these awful monsters and I will probably learn more as I see how they affect others who live out in a country environment like me. My thinking is that most of them are survivalists to some extent, and I can learn from them.

You and your family will have to make the ultimate decision whether to stay and ride a storm out or just evacuate altogether. A Category 4 or 5 storm is like a giant tornado. Not much of anything can survive a hit dead on. If in doubt, you can join the mass of evacuees filling up the major arteries out of town.

Storms are temporary. Those who died in them are gone forever and they don’t have to worry about the next one coming. However, you do, and the right kinds of information can go a long way to helping you out. Even though I cling to city type conveniences, I am learning to not only survive in a rural environment, but be in a position to help others as well. I hope this blog will help some of you out there service that next disaster.

PS: If you have any thoughts of your own on hurricane (or major storm) preparedness, please comment or email me your feedback in my contact page. I may even print your story (with your permission) in one of my upcoming articles.