WHEN I BECAME A KIDNAPPING SUSPECT IN SANTA MONICA 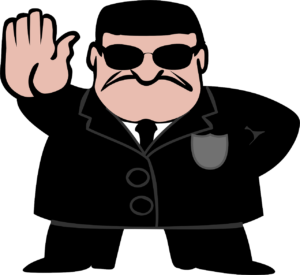 So What Is A Kidnapping Crime Anyways?

It is an event as defined by the Merriam Webster Dictionary as an act whereby a criminal entity “seizes and detains or carries away by unlawful force or fraud and often includes a demand for ransom“. The example given is: “the child of the wealthy industrialist was kidnapped and held for ransom“. That type of event happened to me in such a way that I became intrinsically involved with it in ways I could never have imagined.

I was living in an efficiency unit an apartment complex in Santa Monica, California by myself during the year of 1967. It was located on a street called Montana Blvd and situated just blocks from the Pacific Palisades Bluffs Park, a treelined, grassy area that rests on cliffs which overlook the ocean. If I wanted to make the effort, it was an easy trek to the beach.

New York Times Archived Article Excerpt LOS ANGELES, March 31 (AP)—The county grand jury indicted a former Internal Revenue Service agent today for the 1967 kidnapping of Kenneth Young, son of a Beverly Hills financier………. Kenneth Young was taken from his second‐floor bedroom between midnight and 6 A.M. and held for three days in an apartment in nearby Santa Monica. He was not harmed.

The edifice is 3 stories tall and holds about 30 apartments. To accommodate the cars owned by the inhabitants, a large subterranean garage served that purpose beneath the entire expanse of the building. Needless to say, it was easy to hide in your car down there and not be seen.

To help set the scene for my misfortunate involvement, I had already been the victim of a catastrophic car accident (MY DEADMAN’S CURVE NIGHTMARE AND OTHER HIGH JINKS) whereby I totaled my Porsche sports car flying off a cliff on top of the foothills separating the beach cities of Los Angeles and the San Fernando Valley. So, I was in the hunt for a temporary mode of transportation.

Since I knew several of the residents in the apartment building, they were familiar with my situation and one of them owned a small European car that she was thinking about selling. The make of that vehicle was a brand I was not familiar with, but it was sort of boxy looking like a Morris Mini Minor or Fiat Sedan.

The vehicle was not in operable condition and had been sitting in that apartment’s subterranean garage off in a dark corner for some time. The doors were not locked and it didn’t draw much attention from anyone in the building or bring a response from an interested party for months on end. Since I was in desperate need of a car, I let it slip that I had given the matter of purchasing it some consideration, but eventually pursued other possibilities and let that option slide. Unfortunately, this momentary association with the whole thing caused me to become a suspect in a very sensational crime case that I remember to this day.

Going forward, I recall that I was sound asleep when I heard a loud knock at my door. It was very early in the morning and I was not properly dressed when I opened it. I then discovered 2 men in black overcoats standing there who identified themselves as members of the FBI (Federal Bureau of Investigation). After demanding that I provide them with my name, they followed up that rude awakening by asking me a bunch of questions about my particular involvement with that derelict car in the garage.

When I asked them what this inquiry was all about, they told me that a young boy had been kidnapped and was found tied up, but still alive, in the vehicle about a half hour earlier. They also let me know that he was the son of the president of a prominent Savings and Loan Association, and that the perpetrator was demanding a very large ransom for the boy.

So, their questions came fast and furious and implied that I had some type of definitive connection with the plot. Questions like whether I had knowledge of the instigator of the crime or why I was interested in the car in the first place. As that annoying interrogation continued, they delved into my background looking for clues. That laborious scenario went on and on as many other questions were asked that I had no answer for. Being still half asleep, I am not sure my responses were all that satisfactory.

Loud Commotion Infront Of The Building

After that insufferable ordeal, I was told to keep myself available for further inquiries. In other words, they insisted that I not leave town because I was now a prime suspect in the case. Fabulous!

When they finally left, I quickly dressed myself and rushed towards the front of the building to get more input. Upon reaching the foyer, I discovered a hoard of news vehicles in the street with reporters gathered all around. A local TV channel helicopter was buzzing the building overhead with the famous Los Angeles anchorman George Putnam broadcasting live coverage of the event from inside that chopper. Wow!

When I went back to my apartment and turned on my TV for the news at hand, I got more details about the rapidly unfolding story taking place in my backyard. The latest snippets reported that the kidnapper brought the young boy to the building and hid him in a car while demanding a sizeable ransom to be paid. The requested amount was for $250,000 (a valuation which exceeds 2 million dollars today).

As fate would have it, he somehow became aware of the aforementioned car and that it had been parked unattended for a lengthy amount of time. In short, he knew where to drop the boy off and keep him concealed without drawing any attention.

By this time, the crime had morphed into a multi-state event and brought the FBI into the picture long before this fateful day. Their facts revolved around the premise that the kidnapper knew specific details about the building in advance and he had focused his attention on that neglected car inside. Since I had a dubious connection with the now infamous vehicle, the authorities considered me a partner in the crime.

After the dust settled, I had the uncomfortable feeling that the FBI agents were not going to just forget about me. I was sure that they had many reservations about our first meeting and wanted to question me further. I surmised that they didn’t care that I had been shocked into submission when confronted by agents so early in the morning on that event filled day and was forced into giving a less than convincing defense while still in a daze.

So, as I expected would happen, a different agent showed up at my door a week later. After I requested him to present his authoritative identification, he complied and I let him come in. He then proceeded to ask me even more questions. Thinking things through while he grilled me, I quickly came to the conclusion that they were having a hard time finding the illusive fugitive, and I was an easy target.

Well, since I was innocent, I took the initiative and asked “him” some questions. I wanted to know why did they even possibly suspect me and what was the reasoning behind their thinking. My only intentions were to buy the car for transportation since I had lost my previous vehicle in an accident, and that was all there was to it.

I don’t think the agent liked me asking him pointed questions and it showed. Like, what right did this young 20 year old “smart aleck” have to take the offensive and put him on the spot. My bold approach was probably not a good idea at the time, but I was getting weary of the whole ordeal and wanted them to leave me alone.

The Capture And Prophetic Conclusion

Before the irritated agent left, he posed one final question. It centered around the concept of whom “I” thought might be the type of person who did it? Since I had sort of placed myself in the driver’s seat of the inquisition at this point, I gave him one final jab.

With a straight face, I said I thought it was a Government Official. Someone who knew the workings of high profile law enforcement procedures and was well equipped to evade capture. I then said I thought it might possibly be another FBI agent, an inside job perhaps. That was a risky move, I might add, but he did leave with a wry smile on his face and shaking his head.

Fortunately, I was not bothered by them again after that last encounter, and received an update a month or so later. It turned out that they were finally able to locate and capture the kidnapper. His name was Ronald Lee Miller, 38 years old. He had been a Government officer for five years investigating tax fraud cases for the I.R.S. at the time of the kidnapping.

It turns out he had fled the United States in hopes of hiding his whereabouts in England. I think he was apprehended in a London train station. As for knowledge of any further details of the matter, I only have those provided in the New York Times article mentioned previously in this blog..

So, he was indeed that government employee I alluded to and proved my novice criminal theorem to be decidedly accurate. With that said, a sense of relief came over me when the whole ordeal was finally all over with.

Notwithstanding, I knew that if the real culprit hadn’t been found in a timely manner, so to speak, I probably would have remained a suspect indefinitely. To make things worse, those over-the-top remarks I made might have come back to haunt me.

In retrospect, I can say that I have never done well with any confrontations I have had with law enforcement personnel. It always seemed that my overall demeanor caused me to be be argumentative every time they aimed their questions at me. Thinking back to that auspicious moment in time, it probably would have been in my best interests to be more cooperative with their investigation efforts. Thankfully, I did not get sucked into the mire of that who-done-it scenario more so than what actually played out. Live and learn, I suppose!