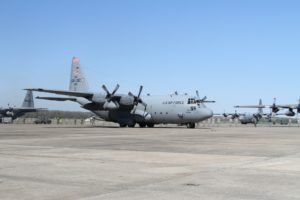 Have you ever wondered what goes on at smaller air terminals at the major airports? Who goes to them? What transpires inside their walls that sets them apart from the main hub where most passengers depart from? Well, I found out while doing a contract for the leaseholders in one of them at Orlando International Airport way back when!

I was a newly licensed contractor in the State of Florida when I got the call one day. There was a need for me to do some minor repairs at one of the so-called “executive air terminals” at central Florida’s busiest air hub. I got the job and impressed Homer Dennewitz, the manager of the site, so much so that when I finished my work, he invited me back. He wanted me to bid on a major renovation planned for the whole interior of the facility.

The project called for complete remodeling of the passenger seating area and a new large service counter. Structural work for an overhead passageway was also planned. I presented a very competitive price to his board of directors and was awarded the contract. After meeting the qualifications of the main airport’s board of directors, I got the go sign to proceed, but there was a strict caveat attached. The terminal had to remain open to all personnel and passengers during construction 24/7. Whew!

As I was starting the job, I found out I would have to get clearance. That requirement was necessary so I could go out onto the tarmac where the planes were located. This terminal was used mostly for executive aircraft staging by corporations and such. However, I was surprised to discover that the military was also leasing space for its cargo planes and officer transports. This meant extra security measures were in force.

Arriving at the job site one morning, I was taken aback to see armed guards marching outside. When I inquired about this new development, I found out that two F-16 fighter jets were being flown from South Florida up to North Carolina. In route, one of them ingested a large bird into the air intake. That caused the pilot to make an emergency landing at Orlando International. The stricken jet was ferried to the hanger at our terminal where provisions could be made fixing the damage. As I expected, those repairs were the responsibility of Air Force certified technicians.

Armed guards with rifles, along with repair personnel were quickly dispatched from Macdill AFB in Tampa. The crew arrived early in the morning and those guards began marching around the hanger keeping an eye on their warbird. They gave notice of that fact by carrying assault rifles strapped to their shoulders. When I went out the doors onto the tarmac to do some work on the terminal’s exterior, they came up close and watched me like a hawks. Needless to say, I did not test their resolve more than necessary. I purposely didn’t do anything that would get me shot.

Eventually, the jet was repaired and the pilot prepared for departure. Homer Dennewitz, the air terminal manager, asked him if he could light up his afterburners as he passed by our site when taking off. He agreed, and as he accelerated down the runway, he stayed horizontal just above the ground when he first left the runway. Approaching at high speed towards our location, he then shot almost straight up into the clouds with red-hot exhaust streaming out of his tailpipe. What a sight!

I have always been under the impression that airline pilots were blessed with a sophisticated level of intelligence. Well, that presumption took a serious hit when I encountered one particular flyboy on an otherwise uneventful particular afternoon.

I was in the process of spraying a texture coating on a wall in an inside corner of the building in an area that was cordoned off by “caution tape”. One of these corporate “pilots” decided he wanted to make an uncomfortably close inspection of my artwork. So, he breached the barrier that warned him against making such a foolish encounter.

For good measure, he came right up beneath my platform and stood there while I vigorously installed the mixture. I tried to warn him, but his mind was made up. As expected, much of the excess residue dropped onto his flight uniform. The resultant mess almost completely covered his coat and hair. Saying nothing to me at that particular moment, he simply walked away in disgust. Later, he complained to Homer and the company took care of the bill for cleaning his clothes even though they knew he was at fault.

The manager later told me that it was an incredibly stupid accident caused by the pilot’s carelessness. We both agreed later that we hoped we would never be passengers in an airplane flown by him.

I eventually reached a point in the project whereby I had to secure an area in the seating section of the terminal so I could set up a table saw platform. It was necessary for fabrication of the new seating arrangement and decorative fixtures. Again, the area was protected by yellow tape to keep intruders out, or at least that is what I thought. Since it was imprinted with bold warning labels, I assumed that would do the trick. Well, making that assumption was a mistake on my part.

What I didn’t know at the time was that this executive terminal also was a gathering place for passengers making flights to the Bahamas geared for gamblers. They would remain inside until the twin-engined Convair CV-240 was ready to takeoff. While there, many of those inconsiderate people did not care what instructions were laid out to prohibit them from the so-called “waiting in comfort” area of the terminal.

One incident occurred when a couple of women from a group crossed through my warning tape and came over to my table saw ‘while I was cutting wood’! Dumping their purse belongings on it, they proceeded to look for something that had been inside their bag of whatnots. I was so dumbfounded by this activity that I couldn’t speak for at least 5 to 10 seconds before I yelled and made them leave. They did comply, but left in a nasty huff.

Other mindless passengers also breached the tape and sat down on the unfinished seating that I was now working on. Even worse, one crazed high roller stood under my forklift while I was balancing a heavy steel beam overhead. It was being lifted into place, and she risked being crushed to death if that thing fell. Amazing!

The best was yet to come! Adding to all this traffic mayhem was the appearance of some very aggressive flight attendants from the German-based Lufthansa airline. This building was their next stop after their flight landed and pulled into the international terminal at the main area of the airport. From here they would be carted off to a hotel for their layover.

As fate would have it, these snobbish women were not liked by the terminal staff personnel who had to cater to them. It was tough being nice while meeting the requirements of cordiality at the same moment you were faced with the daggers of their insufferable attitude.

When they arrived one day, it did not faze them that I was doing tile work on the floor opposite the tarmac double entry doors. One of the doors was marked off as a “do not enter” point where I was renovating the floor, but I guess that did not matter.

They came through it anyhow and proceeded to step all over my freshly laid tile, rolling their travel bags along behind them. Squished tile was moving everywhere while I screamed and yelled at them with the mindset of hopefully saving what remained of my hard work.I began using words I can’t repeat here (and hate to use at any time). By these actions, they were instantly made aware of their gross, and totally inconsiderate, carelessness. 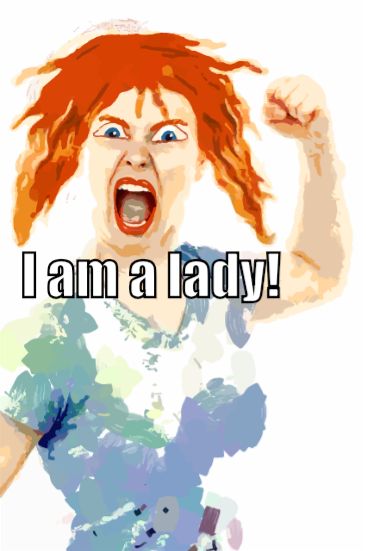 One of them looked at me and said: “Is that any way to talk to a lady?” I retaliated with a statement that let her know I did not consider her a lady and proceeded to yell some more. They then left without offering any type of apology and marched out to the parking lot where they put their nasty selves inside a waiting transport van. It then hauled them off to the delight of everyone in the terminal..

I found out later that other stewardesses from the same airline behaved this way as well. The air terminal staff were often finding that they transgressed their allowed privileges many times and were not welcome. It was very frustrating watching them arrive and becoming a victim to a nasty attitude that all the world could see.

Homer later told me that my antics turned me into a “hero” for his people all because I had the guts to tell those “ladies” off. Unfortunately, I couldn’t dote on those laurels. It was the last thing on my mind at the time since I had to pull up the damaged tiles and start all over!

Somehow, through all this menagerie of thoughtless people, I completed the project to the satisfaction of management. I never did any job like this again, but it was a learning experience beyond all the imagination that I could ever think up.

I was saddened to learn that years later, the building was torn down. It was replaced by another executive outpost, and was soon forgotten. But the memories I harbor for the time I spent there will always be permanently etched in my mind.