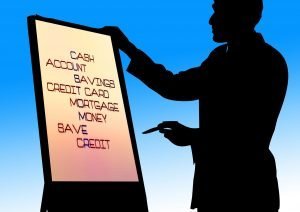 My First Foray Into Credit Recordation

When I bought my first car at the age of 18, my mom co-signed for the loan. It was for a used 1962 Volkswagen bug that I paid $1,200 for. That acquisition was a gamble because I had no idea how to operate a stick shift transmission in a vehicle. I had to fabricate a lie and tell the seller that I did. It was an early indication of how I would employ off-the-wall machinations to help shape my journey through the rest of my life.

Having no credit record to my name, I needed her signature for a jumpstart into that arena. Her reluctance was telling and she supported that disposition because I had a childhood history of always getting into some kind of trouble. I think the fact that I had survived 3 years of stringent educational training in a tough military style high school caused her to decide that I might be worth the risk.

In any event, I made regular on-time payments on the car to her relief. As you might have surmised by now, it also gave me a credit rating for the very first time. When I sold the vehicle a few years later, I had completed a successful credit history transaction with no black marks on my record.

My next car was a 1956 Porsche. It was offered to me at such an amazing price ($800) that I already had most of the cash in my kitty to pay for it. After selling the VW, I used the proceeds plus what was in my cash savings to complete the purchase. Even though credit wasn’t needed, I still I had an early track record to fly by.

Back then, credit cards were not a big deal. Usage of them was still in it’s infancy. The only credit I was familiar with was that used when buying a car or creating a mortgage for the purchase of a home. So, everything else that I bought was done with cash.

In September 1958, Bank of America launched the BankAmericard in Fresno, California, which would become the first successful recognizably modern credit card.

However, I did become quite interested in the stock market as a hobby. I sent money via cash or money order (no credit card or bank cash transfers were part of the deal) to a stock brokerage firm and set up an account with them. Then, when I wanted to buy a stock, money from that account was pulled out to make the purchase.

The broker I used also let me know I could establish a “margin account“. That was an account whereby I could have the brokerage extend me a line of credit using my cash and stock as collateral. I could buy more stock this way and hopefully make greater profits.

The writing was on the wall for me to see that this could be a very bad deal. If the margin-covered stock went down in value, and approached the minimum requirements I would have 2 choices: Send in more money to cover the credit, or have the broker sell the stock to protect my account from going into the red..

In any event, I passed on that option and stuck with an all cash program for purchasing more stock. Since I was familiar with using green backs, that is where I stayed and found out that it was a good decision over the long haul.

On the flip side, I later joined a 4 person group at my work to invest in futures contracts that promised a hefty return. The coworker in charge of the investment stayed in the transaction too long (against my prodding him to sell while a profit was still guaranteed). As a result of that faulty determination, the group lost everything. Since my outlay was all cash, that is what I lost. I did not have to pay off credit that was created by a margin account. Learning my lesson from that ordeal, I never joined a group like that again. The painful effects of enduring that loss was my teacher.

My adventures with credit continued to revolve around vehicle purchases. After my demise with my Porsche, I again paid cash for a temporary vehicle. It was $300 for a 1958 Chevy station wagon. Again I was able to avoid credit.

But after becoming a car enthusiast, I wanted something with pizzazz. Another Porsche was out of my price range. So, I had my sights on a new 1970 Chevy SS Malibu, but with a $4,400 price tag, I couldn’t qualify with my existing credit rating. So I had to settle for a new under-powered 1970 Chevy Camaro for $3000. I sold the 58′ Chevy for $50. Bummer!

When I got married, my wife eventually took the Camaro for her personal use. While I was still buying other vehicles on credit, something new entered the arena. Credit cards were now more prevalent, and I began to get offers in the mail. I agreed to accept some of them even though the charge limits were small and the interest was high. To add to the equation, I was on the verge of becoming a bad credit risk.

With a new family to support, I was running out of money before all the bills were paid. Credit cards were very inviting and let me think there was extra money in the kitty that really didn’t exist at all. Monthly payments barely covered the hefty interest charges.

To increase my spending power, I did the unthinkable and stuffed more credit cards into my wallet. Now, instead of one high monthly interest payment, I had 2. And then 3. But since the charge limits were always small, I couldn’t go very far with any one card.

So the credit carousel was set in motion. The real fun began when I bought our second home. The first home (VA Repo) did not really need any expensive home improvement work, but the next one did. It was only about 750 square feet, and was some 50 years old with outdated everything.

Before I knew it, I was making another foray into the credit game with my plan to add a two-story addition to this 2nd home purchase. And this was back when it was a lot easier to qualify for a new mortgage and equity loans.

When I started the project I didn’t have the foggiest clue how much it was going to cost. I was depending heavily on my construction oriented learning curve from the time I spent framing new homes in Arizona. While I was committed to doing a lot of the work myself, I also received help from men in the local church I was attending. Since I did many repairs at the church in return, it was a fair trade-off.

Even with this DIY effort, I kept running out of money. I had established credit with the local lumber company, and that helped to carry me somewhat, but to keep moving things forward, I had to make a 2nd mortgage on the house. Later on, I addd to the mix by borrowing from high interest personal finance companies as well.

With all that going on, my wife and I ran out of patience and wound up sleep in the new master bedroom unit with no insulation or interior wall coverings in place. On cold nights, we could see the vapor wisps coming out of our mouths as we lay in bed. No furnace installed yet, but with 3 kids in tow, we just couldn’t wait. Unbelievable.

The End Of An Era

When all the remodeling was nearing completion, I didn’t have enough money to keep up with the mortgage payments. That was even after consolidating all the various loans. So I put the house up for sale hoping to close before foreclosure took place. In the meantime, I continued making final repairs to help satisfy the completion requirements of the deal.

My insane solution for our next residence was to buy another house with funds borrowed from my new realtor’s father. As that deal was close to finishing up, I accepted a comparatively medium offer on the remodeled house which, in effect, turned out to be a premature decision. The realtor I used to find a buyer for that house told me he could have gotten more money for it if he knew about my plans to provide a finished product. Lack of proper communication with him was the culprit here and cost me dearly when I could have used the extra cash.

So that early gambit with credit signaled the end of an era for me. All those early debt-centered excursions set the stage for my future exploits. I was continually wading in and out of all sorts of schemes to make the borrowed dollar work for me. Some of them did very well, and others not so much. A few brought me near the precipice of total financial collapse. Through it all, I am amazed that I have survived and made it this far.

Well that is it for this blog. I hope it has shed some light on what you can get into dealing with debt and credit. If you have any comments on this subject, I would appreciate it you took the time and left me one..