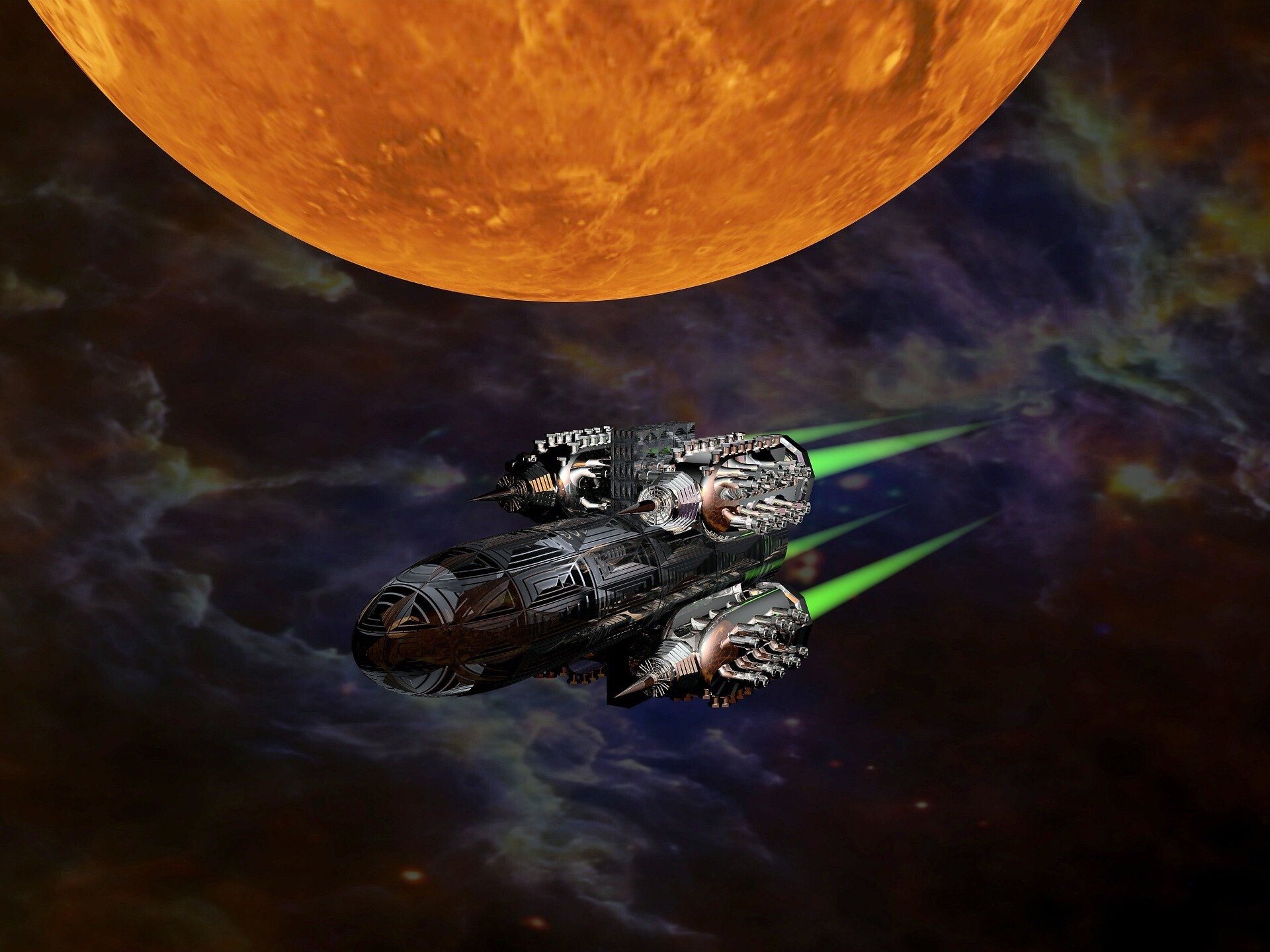 Imagine, if you will, you are tucked inside the fastest, most powerful spaceship ever created. You are hurtling through space at a rate of over 62,000,000 miles per hour being pushed along by the latest fusion rocket engine. Your destination is the closest planet that is theoretically habitable by some form of life. It is an Earth-size planet which orbits the closest star to our sun, Proxima Centauri_planet b, as identified by the best astronomers planet earth has to offer.

Other than the fact that it does not rotate, meaning one face continuously boils from the sun-star heat and the dark universe facing side freezes 24/7, earth scientists have postulated scenarios on this planet that would possibly support life. And it is a hop, skip, and a jump from Terra Firma at a distance of “only” 4.2 Light Years away.

At your rate of speed, which is the limit of technology at the time of your departure, you should arrive at your destination in approximately 45 years. You were hoping for breakthroughs in the development of the Anti-Matter Propulsion System before the scheduled departure because that would have reduced your travel time to 8.4 years.

Concerns About Your Ability To Make The Trip

You were assured by a team of highly trained NASA personnel that all of your needs would be met. Since you are the only astronaut onboard the rocket ship, you will have no one to count on if things go wrong. Another cohort could not be included, because the huge store of synthetic food and liquids needed to sustain your life during this trip could only accommodate one individual. Most of the weight of the huge projectile is taken up by supplies needed to keep you alive for the period of half a life time.

The original plan was to send two robots in place of you, a scenario which required only the need for electrical input to charge their batteries and those of the ship. That would have been a formidable task in itself, even with onboard fusion technology. But now the needs of the ship and your nutritional requirements have to be met or the entire program would come to naught in the midst of deep space with no hope of recovery or help from earth.

What this means is that you are going to spend half your life eating from food packets that may, or may not give you enough sustenance to supply all of your bodily requirements during the trip. Dietary deficiencies may result from the inexact science of duplication of proteins, vitamins, minerals, and trace elements provided by real food produced on earth. Since actual food would have been prohibitive for the amount required to sustain you for not only 45 years, you also faced the guinea pig requirement of having enough left over to keep you alive long enough on the planet to conduct experiments which would allow you to send feedback to earth for evaluation.

What Happens When You Land?

Since you departed when you were 30 years of age, you will be 75 years old when you land. You weren’t allowed to move around on the spaceship, let alone being permitted to exercise to keep fit, because that that type of activity meant the unnecessary expenditure of energy, i.e. burning more calories, i.e. needing even more food. So your legs will no longer be in any kind of shape to support your body weight when you arrive, just useless appendages hanging off your torso.

But NASA engineers took that into consideration by designing your pilots seat to transform into a motorized wheel chair platform to make it possible for you to get around for exploration and evaluation. Also, the spaceship itself will become living quarters for the remainder of your life on this planet, because it would take another 45 years to get you back home and you would have to be able to make it to your 120th birthday to be wheeled off the ship with any breaths of life still in you.

There was no plan for you to return, and that is why only enough sustenance was provided to last you for the duration of the trip, plus 1 year of onsite evaluation. You knew this going in when they asked for a volunteer that was not married and had no children. The sacrificial trip was made to pave the way for others, especially since there are no guarantees that life can even exist on this potentially harsh planet. So the die is cast.

The only way out for you to escape this fateful scenario would be for you to actually discover alien life there who could help you beat the odds controlling the ending to this story. But they would have to be very unusual beings that possessed far greater knowledge of the laws of the universe than your comrades back home.

After all, isn’t that what you were sent there to find, Life On Another Planet? It is the Valhalla Quest of all scientists on earth. They know for a fact that, barring a miracle, there must be life out there somewhere. That the universe, having come into existence by forces they can only theorize about, must contain countless galaxies that spawned cosmic life forms which morphed into the myriads of complex creatures that inhabit perfect Goldilocks Planets ready to be discovered by sacrificial heroes like you.

If you don’t find what they are hoping for, then you have wasted half your life pursuing the ultimate goal of becoming the man of the century for all the ATHEISTS who inhabit planet earth. You were their last hope, because the stratospheric cost of this explorative fiasco prohibits anything of the sort being carried out ever again. They have caused trillions of dollars to be spent on the premise that earthlings will have another world to inhabit as we come closer to destroying ours. I’m sure the theoretical aliens out there would love to see that.

NOTE: The time it would take to make a trip to the planet Mars with current propulsion technology is about 7 months (3 months with pending advanced technology). It has an atmosphere about 100 times thinner than Earth’s. Temperature in outer space is -455 degrees Fahrenheit. Human survival on Mars would require living in artificial Mars habitats with complex life-support systems. One key aspect of this would be water processing systems. Being made mainly of water, a human being would die in a matter of days without it. You do the math.