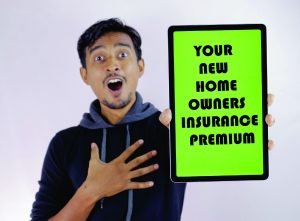 Image by SAIYED IRFAN A on Pixabay/ Text by SJKeyChronicles

The Aftereffects Of A Recent Hurricane

When Hurricane Michael hit the Panhandle of Florida in October of 2018, I feared the integrity of my home would be seriously tested by the anticipated wind gusts for my area. Even though we did have severe conditions and horrific rainfall, there was no resultant damage to my power lines or metal roof. But there could have been.

One of my neighbors had a tree fall on the electrical service lines to their house. They had to wait much longer than the test of us to have their power restored which would have exceeded the 48 hours we lost ours. The fact that we live in a heavily forested area had a lot to do with our avoiding the horrific destructive forces hitting the coastal towns of Panama City and Mexico Beach. In my previous article “Slashing Homeowners Insurance Costs: Part I”, I dealt with a major concern then that I knew would haunt me once again.

The repetitive escalating premiums for homeowner’s insurance coverage in the State of Florida has been the bane of my existence  since I first bought my home located in a rural area of Northwest Florida. From the very first day I moved here, I have struggled to keep the premiums in check. I did that by changing insurance companies each year except for one. It seems that whenever a major hurricane hits, insurance companies reevaluate their exposure and the consumer feels the brunt of their wrath.

The Year that I bought the house in 2016, I was burdened by a suffocating annual insurance premium of $2,400 issued by a company called Florida National Insurance Company. That was the best rate my local insurance agent could get me at the time. I had little knowledge of my available options and was subject to a monthly cost of $200, an amount which became part of my monthly mortgage payment since it is set up as a PITI (Principal, Interest, Taxes, and Insurance) payment.

The following year in 2017, my agent was able to get a drastically reduced cost through another provider in the area called Florida Specialty Insurance Co. Their premium of $1,600 a year was much welcomed by me and dropped my monthly outlay to $133, a savings of $67. This figure also became my benchmark for years to follow.

The renewal premium jumped to $1,660 in 2018 which I thought was due, in part, to the response from damage incurred by Hurricane Irma. But, something I didn’t know at the time, was that this company hadn’t yet fully incorporated payout losses into their calculations for an updated premium structure for my area by the time my yearly stipend was due.

The next year, in 2019, I received a gigantic increase in my premium from FSIC that exceeded the $2,400 I paid out to Florida National. By then, the after effects of Irma had come home to roost, and I was now back to square one.

So, I went online and responded to an add generated by KIN Insurance Brokers, an agency located in Chicago, Illinois. They found me an insurance company called Peoples Trust located in Del Rey Beach, Florida who presented a quote for $1,597. Since I now was able to stay close to my benchmark cost structure by switching to this new company, I took the plunge and made the transfer.

Unfortunately, that premium was calculated and paid for ahead of that company’s calculations for the disastrous carnage caused by the next catastrophe. That was Hurricane Michael which slammed into the Florida Coast as a category 5 monster in October of 2018 and caused unbelievable damage. So, I had to wait a year to see how that storm would affect my premium in 2020.

When I got the paperwork in the mail in early August of 2020, I received my answer. The new premium had jumped to $2098, an increase of $501. This meant my monthly mortgage payment would increase by over $40. per month. It was then that I realized my ability to keep my total outlay per month to my loan company was being threatened by constantly rising insurance rates.

Now I felt defeated and did nothing for 2 weeks trying to accept the inevitable consequences of living in a state designated as the epicenter of hurricane activity. What depressed me the most was that the money available to pay that premium from my escrow account was only $1,595. This amount was sufficient for the previous year’s premium, but the lender would have to advance me enough money for the additional 2020 year charge.

What finally got me worked up and set my wheels in motion was the notice from the loan company that they had gone ahead and paid the new premium 2 weeks ahead of the due date which was actually slated for August. So, I went online again hoping for some type of relief.

In that quest, I found a new online insurance against called Nsure.com that maintained a physical address in Boca Raton, Florida. After I answered a multitude of questions regarding the physical attributes of my house, I got a broad range of quotes from upwards of 12 different providers. They ranged from $840. a year to $1,560. So my hope was renewed with the prices presented, but there was a caveat attached to the apple cart. All the insurance providers submitting quotes wanted a special inspection done on my house before any one of them would write me a policy.

A Much Feared Inspection

What the potential agencies wanted was a copy of two documents: The latest declarations page from my current insurance provider and a Wind Mitigation Report. The latter was a determination of my home’s ability to withstand the forces generated by the impact of a severe storm in my area. Unfortunately I didn’t have one, so I had to find an inspector in my area, and I needed one fast.

When the inspector who did my full blown home inspection before I bought the house told me he couldn’t do that required inspection for me, he did give me a referral to another individual who responded immediately. When he arrived, I did my best to boost my home’s credibility, but I knew there were shortcomings:

I did have one positive feature, though, which was the fact that I had replaced all the old 1/4″ metal roof attachment screws with new 5/16″ galvanized ones with a larger sealing washer to eliminate any active or potential leaks. His pictures of the roof helped my cause and his report highlighted that feature.

When all the information needed by the agent was compiled, they presented their findings to the companies that furnished the preliminary quotes. The quote that I got back was amazing.

The irony of this was that Tower Hill Insurance was the  provider for my residence in Wellington, Florida up until the year 2008 when I sold the home while living in the New Orleans metro area doing work there after Hurricane Katrina. I almost wish that one of the insurance agents I had been using contacted them in the first place. But since they are only linked to companies they prefer, this option was not on the table until now.

So that is where I stand until I am hit with a new bill for the year 2021. I just hope that I don’t have to go searching for a new company to keep my yearly premiums in check. I’m running out of opportunities and will have to bite the bullet going forward.

After the insurance company above received my Wind Mitigation Report, they jumped the premium back up to $1,508. This was an increase of $120. which they planned to bill my mortgage company for as an extra charge. Unhappy with this turn of events, I called an agent at Nsure.com and reduced my coverages as follows:

This dropped my premium back down to $1,330. Since I have never made a claim to any insurance company for the nine hurricanes I have gone through, these adjustments were perfectly acceptable. Besides, I have no immediate neighbors to worry about as far as having anything on my property that might cause damage to them. Another nice feature of living in a rural environment. C’est la vie!