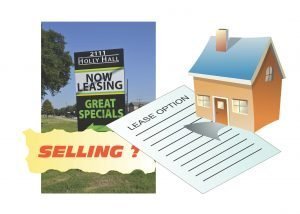 During the late 80’s, I was involved in a couple of partnerships. They were set up to buy real estate properties in California during one of the boom times in that state. House prices were increasing at the rate of 2 to 5% per month in the Los Angeles and Orange County areas.

It was a crazy time that seemed to go on forever. Great environment for selling homes, but a really difficult scenario for those who wanted to buy. Especially when many people were losing their ability to qualify for loans as prices moved beyond their thresholds.

I was primarily interested in foreclosures because they were much more affordable at the time. Investors were bypassing them in favor of buying newer ones that were in good shape because they were promised a quick profit without having to do any repairs. Cash deals were king. Sellers were focusing on closing quickly without the long delays of waiting for loans to be approved and the deal finalized.

One of the most expensive areas to live in while I plied my trade in California was Newport Beach. Buying an investment property there was normally way outside my budget. I did not even consider investing in property there until things changed one day. That was when I responded to an ad placed by a very young upstart realtor named Kevin McCloskey.

He was more interested in working specialized deals with investors than your typical agent. He also was in touch with many banks taking back properties after home owners defaulted on their loans. In other words, he was involved with the process of making offers to their real estate owned (REO) departments.

When I told him what I was doing, he readily brought two townhouse properties to my attention. One was listed at $100,000 and the other at $200,000. They needed only cleanup, painting, and minor repairs. When completed, I moved forward to sell them without incurring a brokerage fee to complete the deal. The vehicle I used was called a Lease Option.

With this process, the potential buyer moved in with a large deposit and became a renter of the property. He had the right to exercise the option to buy the townhouse at a fixed price for 1 year. This was especially attractive in Southern California because home prices were escalating through the roof.

The way I worked each deal was as follows:

The two beach properties were sold via the Lease-option process for $200,000 and $300,000 respectively. The reason I mention them over my other homes was the fact that they generated the most profit above all the other deals that I did.

Buying A Home With Options

Today, Lease Options are still very feasible. Especially with sellers who are having difficulty unloading their property at the price they want. In a seller’s market, maybe not so much. But escalating home values cause many home owners to shoot for the moon when they want to sell and often the house just sits on the market indefinitely.

If you want to buy a home at today’s prices, but can’t qualify for a loan right away, the Lease Option might be your ticket. Yes you will be paying a higher price, but you get a home right away. If you see yourself qualifying for a loan with upcoming savings or an improved credit score, you can hold the price static for a full year or more and initiate a purchase when your credit situation becomes favorable..