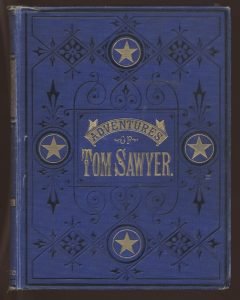 Image by permissions from Project Gutenberg

The day I decided started a blog I faced a problem. How do I find all the information I require for my research? I don’t like reading hard copy material but do appreciate the fact I can access a lot of the necessary  data I am looking for on the internet. In that regards, I don’t have to buy physical books or wander around the library searching for documentation. However, I realized that if I planned on presenting stories that included material which couldn’t readily be found, I would need to delve deep into online resources and up the ante on my fact gathering capabilities to get my blogs out there. Plowing through scads of hard copy material simply wouldn’t do.

When I began penning my novels, I was faced with another problem. Classic novels that I want to read on my iPad or Laptop for inspiration are not readily available in original form through e-reader format. After doing some research, I found out that the major publishers who control the the rights to most of the famous novels that I want to read on my electronic devices, including my iPhone, have not joined the eBook party yet. Even though it is the wave of the future.

This inspirational pursuit harks back to the subject matter of one of the first blogs I had written, the “Tom Sawyer Wannabe”, and the storyline became sort of a revelation for me. The protagonist in that timeless novel was one of my favorite characters, along with that of Huckleberry Finn, because I knew that some of their most celebrated antics were analogous to many of the mishaps I got myself into when I was a boy. But, to my wife’s disappointment, I had never actually read the books celebrating the adventures of each of those characters made famous by Mark Twain’s penmanship, even though she had. For shame!

The first thing I did was go online to the Amazon website and look for hard (paperback) copies of those two books along with one more that I decided would be the first 3 candidates I chose first:

If I went ahead and purchased the paperback versions of each book and a worse case scenario foiled my efforts, I would at least have them to read, even though I don’t like plodding through books that way. I didn’t favor the idea of checking out hard copies in the library or finding out whether or not that institution even had some of the (original versions of) classics in e-reader format. My own visible personal library would at least prove that I had read each book, or at least faked the fact that I did.

I also wanted the types of copies that closely matched the first editions of those books printed with all the inclusive original artwork or documents presented by the author. Later versions miss the boat on this point and blur the line on the intentions of said author when his or her novels were first printed.

So, just like in the efforts I put forth into my blogs, I searched for answers. What I found proved to be a much more difficult journey than I had first anticipated. I came close to giving up until I discovered an answer by accident.

I found The Adventures Of Tom Sawyer in eBook format first on Google Books, but when I tried to read it on my iPad, I discovered it was presented with text-only format having none of the fabulous artwork included. Also, it was unwieldy to expand the copy so that it was easy to read on an electronic device. And if you wanted to pick up where you left off, forget it. After a period of time passed whereby no reading took place, that eBook left the page you were on and returned to the title page. I then had to start from the beginning and search for my previous stopping point. Frustrating!

I then found a more user-friendly version on Planet Book , but again, I found no pictures or copies of original documents as presented in the the first publications.

Finally, I discovered what I was looking for on the Project Gutenberg website which gave an upfront description of what they are all about.

Project Gutenberg And Me

To wit (As described on their main page):

“Project Gutenberg is a library of over 60,000 free eBooks. Choose among free epub and Kindle eBooks, download them or read them online. You will find the world’s great literature here, with focus on older works for which U.S. copyright has expired. Thousands of volunteers digitized and diligently proofread the eBooks, for enjoyment and education.“

Still, all of that success left me wanting for more. That’s because I desired to have the following:

It quickly became obvious that I would have to play a heady game of experimentation with these free resources at my disposal. So, I embarked on a frustrating journey fraught with numerous failed attempts along the way. The next blog will show you the steps I took to begin, but not entirely finish, the task I set out to complete.