A Ominous Reality Facing Our Nation

I received a video from my cousin, Johnny Edwards, produced by an Australian media outlet that rehashed a very sinister prediction made by a former leader of of a communist country that chilled me to the bone. Since we both were born in New Orleans, we have been recently sharing dialogue about what is happening there in the way of crime, health concerns, abuses of the welfare system, catastrophe leadership, and so forth. That once elite metropolis seems to be heading in the same direction as that of the fictitious town of Hill Valley portrayed in the movie “BACK TO THE FUTURE II” when Biff Tannen took control and turned it into a den of thieves, miscreants, prostitutes, and murderous criminals.

In many ways, New Orleans serves as a microcosm of what is happening throughout the United States and beyond. Even though the city has achieved the infamous title of “The Murder Capital of America”, it only ranks 18th in the statistical compilations of overall crime rates pinned on the 20 worst cities. This fact, along with many others that are slowly eroding the quality of life from coast to coast, was something that was predicted would happen by a noteworthy individual over 60 years ago.

In an article written by Francis Updike posted in The Culpeper Times, updated Mar 4, 2021, a recap of the famous speech by Nikita Khrushchev, the Soviet First Secretary of the Union of Soviet Socialist Republics at that time, states that the Russian leader embarked on a 12-day trip to the U.S. on September 15, 1959, via an invitation from then U.S. President, Dwight D. Eisenhower.

When presented with the opportunity during that sojourn, in a momentous warning to the United Nations (UN) General Assembly, Khrushchev told Americans that the Soviet Union would feed their country “small doses of socialism until you will finally wake up and find you already have Communism”.

The Ominous Series Of Predictions

“It should be clear to everyone that there is no means and no force which can halt this struggle of the peoples for their liberation, for it’s a great historic process, one of ever-growing and invincible power. It may be possible to prolong the dominion of one state over another for a year or two, but just as in the past, the bourgeois order of things came to replace feudalism and as, now, socialism is replacing capitalism, so colonial slavery is giving place to freedom. Such are the rules of human development, and only adventurers can believe that mountains of corpses and millions of victims will delay the advent of a radiant future.”

A companion document notes that Khrushchev was quoted making the following remarks at a final reception for the Polish politician, Władysław Gomułka, in November 1956: “If you don’t like us, don’t accept our invitations and don’t invite us to come see you. Whether you like it or not history is on our side. WE WILL BURY YOU.”

While speaking to the National Press Club in Washington on September 16, 1959: “I have already said that the words ‘WE WILL BURY CAPITALISM’ should not be taken literally, as is done by ordinary gravediggers who carry a spade and dig graves and bury the dead. What I had in mind was the outlook for the development of human society. Socialism will inevitably succeed capitalism.”

In a speech by Ronald Reagan delivered before the Orange County Press Club in 1961, and entitled “Encroaching Control”, he alleged that, “Three months before his last visit to this country, Nikita Khrushchev said, ‘We can’t expect the American people to jump from Capitalism to Communism, but we can assist their elected leaders in giving them small doses of Socialism, until they awaken one day to find they have Communism.’”

Updike further reiterates that said dialogue, with the support of the Democratic Socialists, the leader’s prediction is coming true. Also, he remembers the Russian oligarch beating his shoe on the desk in the UN saying, “We will bury you”.

As you read his article, keep in mind what has been happening on the National, State and Culpeper (VA) levels. The word Compromise is no longer in existence in the partisan political arena. Think about the summer of riots and the billions of dollars of destruction as well as injuries and loss of life. The Commonwealth of Virginia’s politicians are trying to erase all history and any notion of common sense for short term gains by removing statues. (Like other towns and cities), Culpeper has fallen victim to the cancel culture with the council’s vote to rename Lake Pelham. Where will it all end? Undoubtedly, there are extremists who find the name Culpeper offensive along with the very name of our country, The United States of America. With that in mind, all future naming endeavors should be geographically based because some group will find fault in generations to follow. Look at the ridiculous claims against Washington, Jefferson and Lincoln, not to mention our Flag and the National Anthem! And lastly, Open Borders and Closed Schools.

Khrushchev’s Notable Quotes From That Day

As the article further expounds Khrushchev’s comments on September 29, 1959, it points out a significant part of his dialogue on that particular day:

His Prediction Of How You Create A Socialist State

Updike then asks if you remember or know what else Russia’s famous demagogue said in 1959. Like “How Do You Create a Socialist State“? There are 8 levels of control as set forth in Khrushchev’s following recipe:

Updike’s article finally concludes by posing the question asking if all this predictive dialogue runs in lockstep unison with, and parallel to, the Democrat Socialist Agenda????  With an open mind, you can draw your own conclusions.

However, with that said, one last historical fact also needs to be remembered: In 1964, on the floor of the U.S. Senate, Democrats held the longest filibuster in our nation’s history which lasted 75 days. All of it done trying to prevent the passage of one piece of legislation. You guessed it: THE CIVIL RIGHTS ACT!

Whether you believe in the Bible or not, you can’t ignore predictions made in the Scriptures over 2000 years ago that spell out the onward march of foreboding events to come. Some of them are laid out as follows: 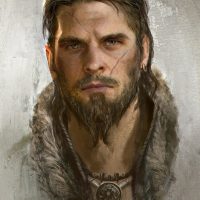