THE SLEUTH AND THE BOBBYSOXER 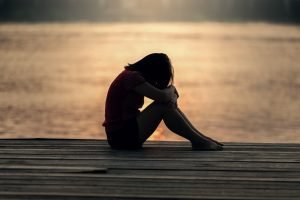 This poem was created as a response to a writing assignment given by the moderator in the Writer’s Group my wife and I belong to in the town we live near. I am furnishing it here as part of my ongoing support of my category LEARNING TO WRITE FILES. Since writing is a major part of my life now, I have chosen to publish it in support of that endeavor.
The theme is as follows: Kristin Pedersen and Russell Ebert meet before he inherits money. One of them is killed.”

To a grand old house not far away

She went to attend a meeting for her

And a young man she knew whom she did prefer

Russel Ebert by name was handsome for sure

He captured her heart though for her not secure

Still feelings were there and they did persist

To cause her the grief so hard to resist

They met at the house to hear of the will

That grandma had left by the stroke of her quill

He won lots of money the reading reports

But another did not who felt out of sorts

He waited outside for Russel to show

And shot him dead for all them to know

Kristen was fraught with tears she did shed

An adolescent dream so brief yet now dead

As the assailant did flee then tripped and fell

She ran up to him and started to yell

You killed my best friend and now he is gone

Why would you fail to let him live on

Because his new wealth the assailant said

Would touch your heart and thrill you I dread

To pull you away and leave me alone

Pining for you and steadfast to moan

I stalked in the shadows to spy on you

Wanting to know if you could be true

But he had your heart that I could see

Now I am doomed for eternity