OVERCOMING ISSUES WHEN I CREATE MY BLOGS 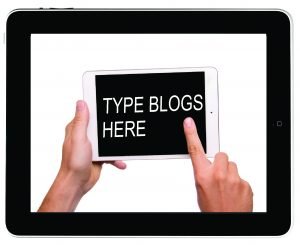 Fear Of My Starting The First Blog

My first blog was boring. It was about the initial steps I took to build my kitchen cabinets. I am guessing no one read it except me. I wrote a rough draft with little knowledge of what I was doing. But it was a start.

I was writing something that was designed to appear on the internet. It was going to be available to anyone who happened to accidentally find it. I was expecting maybe a rude comment or two, but I got nothing instead.

I became a writer only in the sense that I deemed myself one. In the past, I had become proficient in writing business letters or fashioning legal correspondence to lawyers or clients. The subject matter was more important than the writing style that encumbered the document.

Now I was faced with a daunting task. Tell a story while giving advice and write it in a compelling manner. I had to create a grammatically correct article that was easy to read and free of defects. Fear set in!

I abandoned my first mentorship program and quit writing for awhile. I was getting nowhere. My blog was buried in a master website scenario that advertised that site before allowing someone access to my blog. That scenario was no good for me or anyone else in the system.

About a year later I found a Do It All For You Program that allowed me to change my course. The proponents built my initial website at the same time I began writing again.

This time, I wrote about all the different things that affected my life. Past mistakes and learning curves were included. Humor and tragedy played out on the same stage. I began to realize I had a lot to write about and went for it.

My new website is easily uploaded on the internet as an entity onto itself. I was, and still am, able to reach people directly without anything or anyone standing in my way. Without suffocating interference, I started getting comments from people who liked what I had to say.

Overcoming The  Deficiency Of Not Having Typing Skills?

I am a hunt and peck typist. I don’t know how to look at a computer screen while my fingers bang away accurately on a keyboard. If I use one of those devices to formulate the rough draft of an article, my progress is so slow and cumbersome, it seems to take forever to get something done. So, I needed to find a better way.

I tried using an onscreen keyboard and still do. It allows me to look at the words typed out while also staring at the keyboard. But this method is still quite slow and is only good for editing a document already completed with the first go around.

When I typed on my iPad, I found that I can type almost as fast as anyone. My wife knows how to type quickly on a standard keyboard. But I can keep up with her on an electronic device. The added feature on the iPad is that it is constantly correcting my spelling or suggesting fixes for my grammatical errors. I can start a word wrong and it will automatically force the correct spelling in place as I type. If I want control over spelling corrections, I simply click on the suggestion I really want by choosing the word presented in “parenthesis”.

There are words I start to spell that no machine can figure out. Like the word rick-o-shay! What? No spell checker could figure me out on that one. So I asked questions online and finally came up with “Ricochet”! Wow, talk about butchering a word! And that was not the only one.

In any event, available internet sources like Dictionary.com are there to help me fuddle through. I hate grammatical errors and notice them immediately when other writers make them. With these methods of operation, I found I could at least make my articles legible within a reasonable amount of time.

My Wake Up Call

Since it really helps to have an organized program to write your blogs under, I tried using my Microsoft Word App to generate initial drafts of my blogs. I found it very easy to create stories that way, but difficult to organize and transfer them to my WORDPRESS editor.

Then I took a look at the WORDPRESS App I had downloaded but had never used. When I first tried it out, it directed me to link it with my website. After I performed the initial steps, I made a fantastic discovery.

When I began writing a blog on the app, I clicked on the Save As Draft button and voila! My iPad entry was immediately sent to my website editor and showed up on my computer WORDPRESS administrator platform. Each draft save was available right away on all editing platforms within my site. Awesome!

So, I found an effective way of overcoming my typing shortcomings by creating initial documents on my iPad. As I proceed, I have spelling corrections done automatically. As soon as I save the blog-in-progress as a draft, the update is sent to my WORDPRESS Admin editor for final corrections before Publishing.

The saved draft can now be accessed on my WordPress Administration Editor through the App on my iPhone or iPad , along with the main admin platform on my Laptop PC computer. However, I do all the final editing on the Laptop including:

When everything is done and I feel ready, I click the “PUBLISH” button. That’s it in a nutshell. Future blogs will describe these steps steps in more detail.

This blog’s primary focus is to  show how I facilitate the actual typing process and getting my first draft uploaded to the WordPress Administration Editor. I hope I have properly explained the process I use in an understandable format. If not, an update of this blog or future article will clarify any issue. Until then! 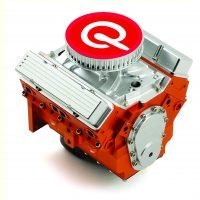